Bound for the Moon 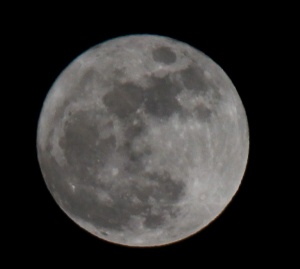 Stew sits on a plane bound for the moon. Not really, that’s just a dream. But he is really on a plane.

There are so many people going up and down the aisle – children, adults, more children. It is the same ones over and over again. He sticks his foot and elbow out a little hoping to trip one of them. That would teach them…but what a shitty thing to do.

The guy diagonal from Stew picks his nose repeatedly. He uses both hands and lightly jostles his product between the thumb and forefinger. He’ll want to shake somebody’s hand later. Little will they know what was on it earlier.

He looks at the mountains down below in the distance and imagines himself standing on the side of one of them. ‘Why does it always look like you’re on a plain and the mountains are elsewhere?’ he wonders. I bet from the perspective of someone on another mountainside you appear to be on the side of a steep mountain but you just don’t feel that. It takes a unique viewpoint and wisdom to realize what one is a part of when so close to it, or when in the midst of a situation

He looks at his empty notebook in front of him and wonders not what to write, but what is appropriate to write. He once heard someone say writers are not quick people, mentally speaking. They are people that have to take time to generate their thoughts and ideas – things that can’t be done when in the company of others. Stew wonders what this does to a person’s social personae? It makes them look weak and irrelevant and also forces them to take on an aloof attitude – and this reinforces their need to write.

Stew remembers a tune and pens the lyrics in his notebook, preferring to regurgitate the genius rambling of a sovereign bard rather than attempt a work of his own.

The guy diagonal from him begins picking his nose again.

Ain’t it funny how the night stares in at me through the chilling air
And it’s all too clear to me how murky it is out there
Destiny grabs me by the collar and sits me in her chair
Telling me it’s safe to remain unsure, as if it were a dare
The walls scream as they begin to close
A menacing, merciless wail not many of us knows
Dressing me in scarves and knives I wasn’t meant to wear

Flames of intolerance appear as a show before my eyes
I ask “how big will it get” but Destiny says it’s not the size
that holds the importance of a burning candle within her thighs
Til the wind extinguishes that flame with the fervor of a fighter claiming his prize
Your idol has lost his clothes
He’s just a face without a nose
Littering your souls with test tube lies and aimless, heartless cries

Such brilliant imagery and truth; such inspiring cadence. If only he could write like that. What was that song called again?

YvF is a writer, musician that stays sane by being creative while navigating the demands of life, looking for those holes where a spark can get through.
View all posts by Yorick von Fortinbras →
This entry was posted in commentary, Creativity, lyrics, Monday, Philosophy, poetry, short stories, Travel, Writing and tagged creativity, functional, lunatic, lyrics, moon, philosophy, short story, writer, writing, yorick von fortinbras. Bookmark the permalink.