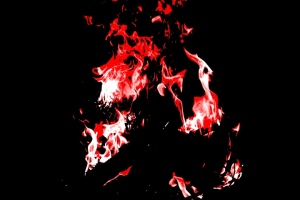 Time for a Weiner Roast

As Weiner-gate stretches into its final act this week, I too find myself beginning a climactic transition, stirring my own arousing cocktail of change, if you will.

I quit writing on Friday night. It was quite liberating. I hadn’t realized before then that what I thought was a therapeutic act was actually not that at all. I realized that any “soul” I had is wasted on creative output; it bleeds me dry.

If I don’t write, then I can channel that energy through my actions, rather than into a blog written under a pseudonym. Pouring one’s heart and thought out to a website while leaving nothing to those that I’m actually around all day is stupid – if you’re not getting paid for it. And while getting paid for writing was my end goal, the slacker in me has no aversion to quitting before a goal is met.

I can’t continue to sit in the corner of existence, shooting my stuff out there like a confetti gun and hoping some breeze picks it up and spreads it throughout – it leaves me feeling more empty than I started. It is time to stop these literally insane beliefs that someday someone will find my writing (even if it is in 200 years) and know it is gospel. If I’m so spectacular when I’m alone, why can’t I be spectacular when I’m not alone?

I have never given anyone the chance to be included in my creations. I have never sat with someone and said, “is this good? What do you think?” I couldn’t deal with the blank faces. When I’m writing, I don’t know what I’m going to write next until I write it. I always thought that was special, but now I just think it is bad writing. (No one can ever tell me. I can never know. And you can too.)  You don’t need secrets to survive.

Will I be able to stop? (the answer to this question shouldn’t be influenced by the fact that it is Monday and I’m writing about my decision to stop writing last Friday). The answer really lies in the false belief that the things I come up with in my head are worth sharing or keeping. I was busy witnessing what I thought was beauty and giftedness…witnessing, not being, not existing – even if it was good. Writing just as fast as the mind can work…or thinking just as fast as the hand can move. Which one? It doesn’t even matter.

I don’t feel good now. But what makes me feel better is to understand a fact I’ve been missing all along: this writing, composing, creating all of these years has just been for me, not for anyone else.

It’s time to realize there’s a better way to serve myself.

So I’ll leave you with the words of the Suburban Rapper: